Submitted by Taps Coogan on the 6th of March 2017 to The Sounding Line.

The following chart, from Our World in Data, shows the global death rates that have resulted from all known military conflicts and genocides since the year 1400 AD. Our World in Data notes:

“It would be wrong to believe that the past was peaceful. One reason why some people might have this impression is that many of the past conflicts feature less prominently in our memories, they are simply forgotten.

An overview of all the conflicts that we have historical knowledge and an estimate of the number of fatalities of is shown in the visualization below.

The red circles visualize all conflicts in the Conflict Catalog (here) authored by Peter Brecke. Brecke’s dataset contains information on 3708 conflicts, but in the more distant past it is still incomplete and for many past conflicts Brecke is either lacking an estimate of the number of fatalities or we can suspect that entire conflicts are completely unknown.” 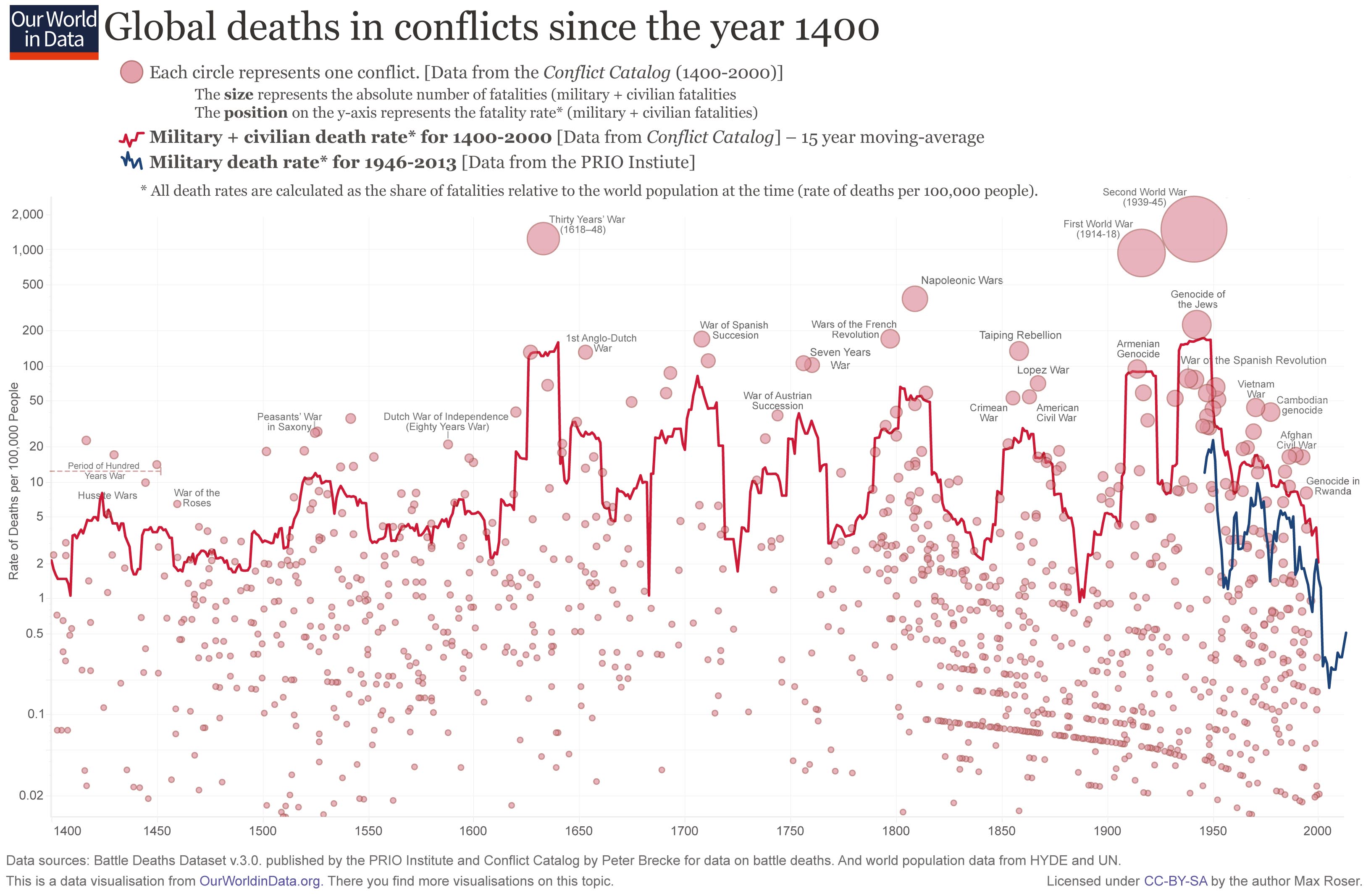 While this sort of data set is inevitably based on estimates, conflicting historical records, and under represents conflicts that occurred in the foggy past, interesting trends can nonetheless be observed.

While the 73 years since WWII have been far from universally peaceful, it has been the longest stretch in over 400 years of human history without widespread mass casualty warfare. While that 73 years seems long, it doesn’t look to be so long that it clearly establishes that a new trend is in effect. The blue line, which extends the data set until 2013 and the start of the Middle Eastern wars, the Arab ‘Spring,’ and the Syrian Civil War, portends to be a return to the normal cyclical pattern and an escalation of widespread military conflict. One can hope not.

To read about the comparative equipment of the world’s largest militaries click here.