Submitted by Taps Coogan on the 16th of September 2017 to The Sounding Line.

A poster for the Simplon Orient Express railway line by French artist Joseph de La Nézière (late 19th or early 20th century), advertising the Citadel of Aleppo in Syria. Unfortunately, the citadel and the rest of Aleppo have been badly damaged by the Syrian civil war. 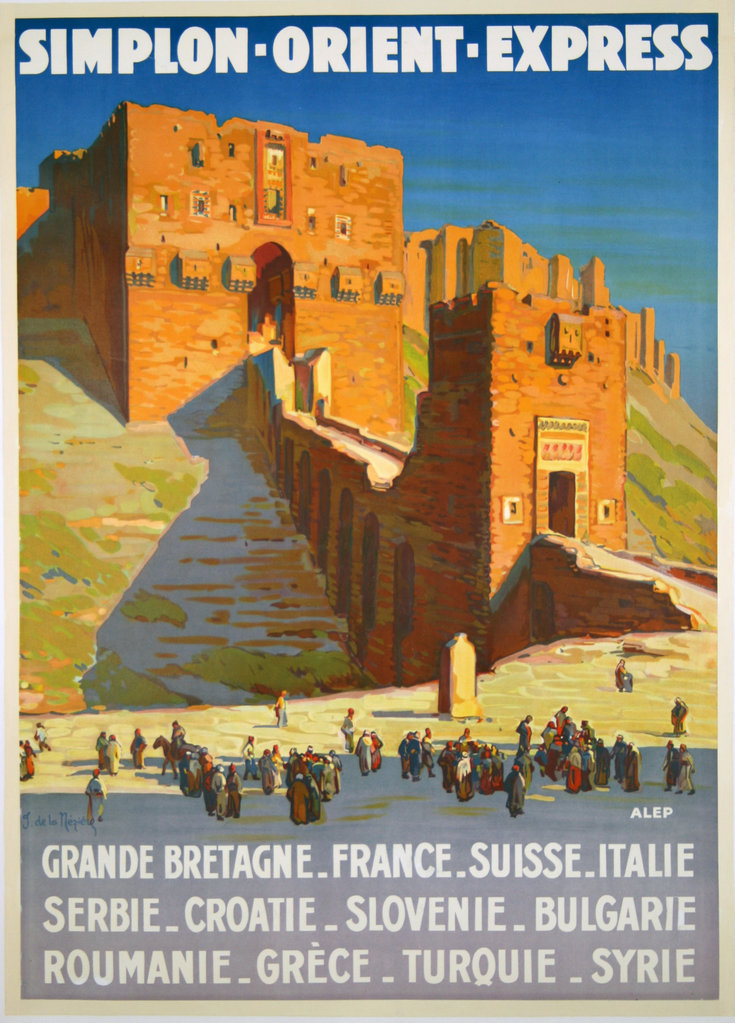