Submitted by Taps Coogan on the 22nd of December 2017 to The Sounding Line.

A B-32 Dominator bomber factory in Fort Worth, Texas, 1944, via Rare Historical photos:

“The B-32 Dominator was a heavy bomber made for United States Army Air Forces during World War II, and had the distinction of being the last Allied aircraft to be engaged in combat during World War II… Convair built the B-32 Dominator because the US Army Air-Force wanted a back-up for the Boeing B-29… but Convair was running into a lot of problems of their own. They had a serious weight issue, and eventually eliminated the pressurized cock-pit. Full scale production did not begin until late 1944, and only two groups that were equipped with B-32s were trained in time to deploy to the Western Pacific before the war was over.” 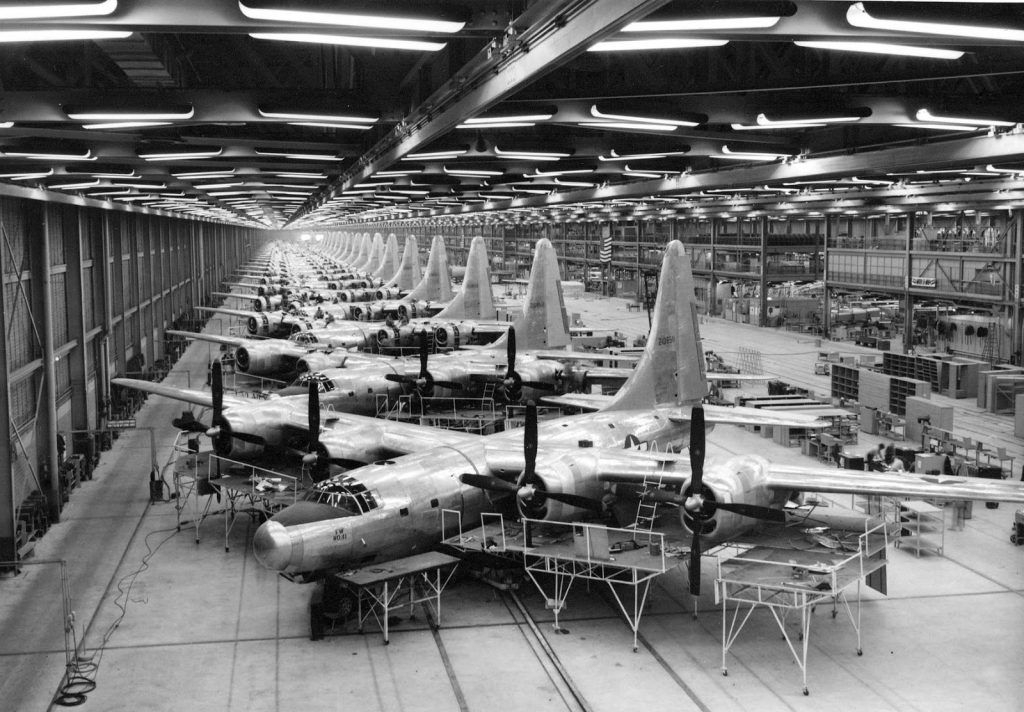