Submitted by Taps Coogan on the 19th of October 2018 to The Sounding Line. 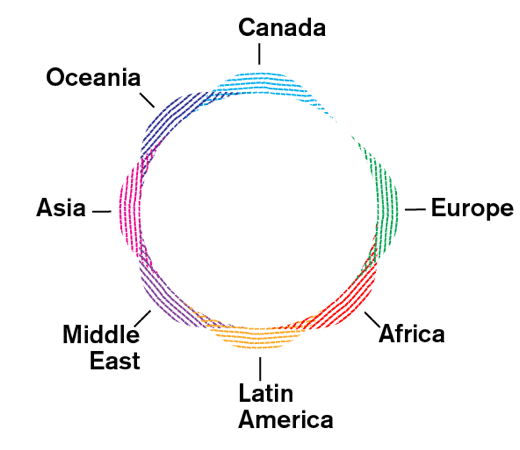 Each dot in a ring represents 100 immigrants. Watch how the sources of immigration to the US have changed over the decades from mostly European, to mostly Canadian, then mostly Asian and Latin American, and most recently to increasingly African:

The final product is the ‘tree’ of immigration to the US since 1830: 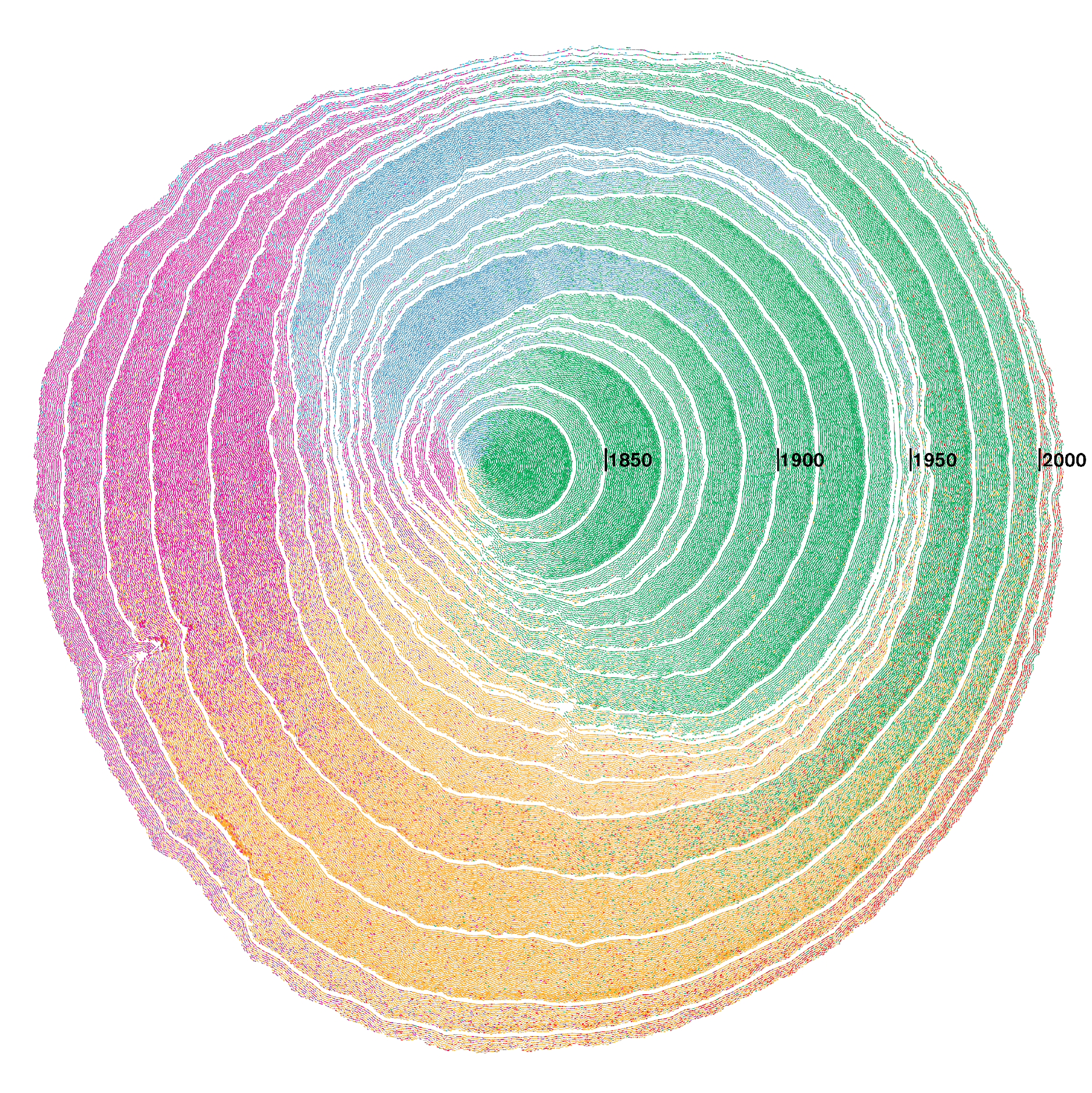 By including natural born US citizens, colored as grey, the following map shows the composition of the entire legal resident population of every state in the US. One can easily see the large differences in the proportions and origins of the immigrant populations around the US. States like South Carolina or Tennessee are nearly entirely native born, whereas California and New York have large immigration populations, though originating from different parts of the world. 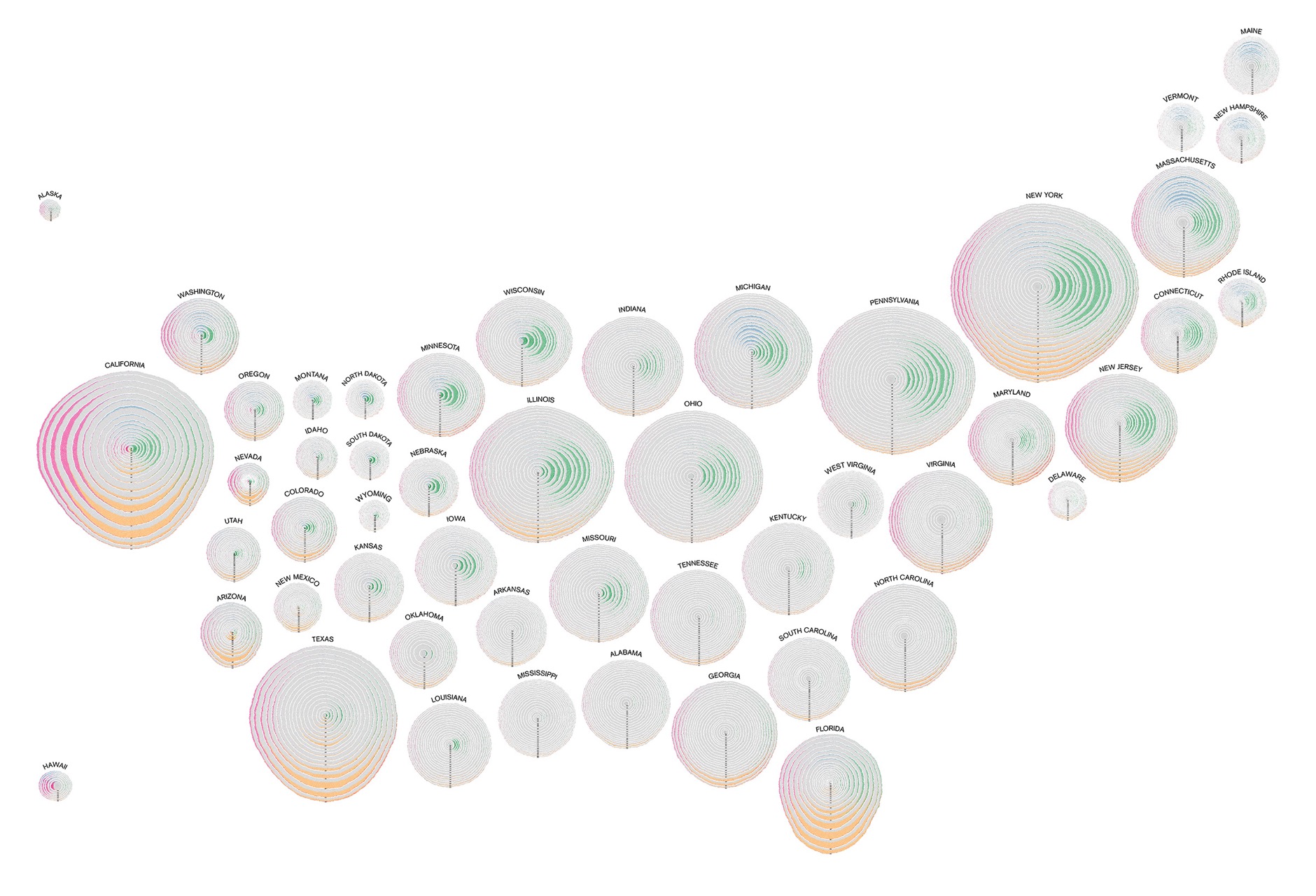 To see another visualization of immigration to the US by country, read this.