Submitted by Taps Coogan on the 26th of June 2018 to The Sounding Line.

The following map, from the CIA World Factbook, shows the median age of countries around the world. It illustrates the demographic divergence occurring between the developed world and the emerging market world. 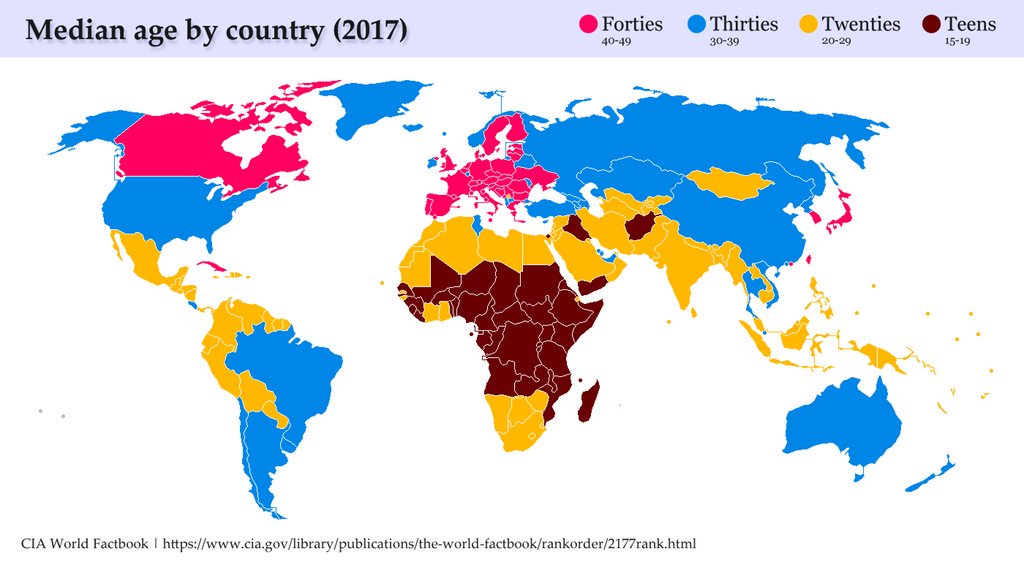 As the map above shows, the median age in every developed economy is in the thirties or forties. On the other hand, the median age across most of the Middle East, Latin America, and Southern Asia, as well as in every country in Africa, expect Tunisia, is in the twenties or teens.

The differing age structures are a result of dramatically different fertility rates between emerging market economies and developed economies, as shown below. 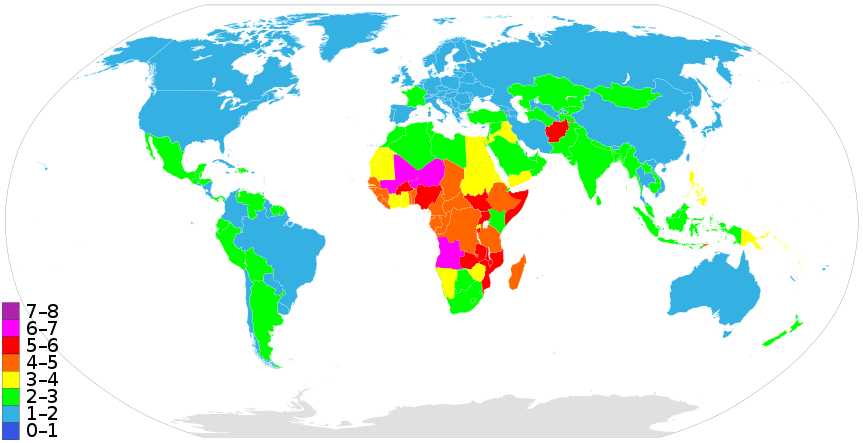 Owing to higher fertility rates and lower median age, the UN expects the population of 26 African countries to double by 2050 and for Africa to jump from being home to slightly over 15% of the world’s population today to over 35% by 2100, the highest share in recorded history.