Submitted by Taps Coogan on the 28th of July 2018 to The Sounding Line.

The following chart shows a selection of countries in Western Europe that, together, have an economy larger than Russia’s. 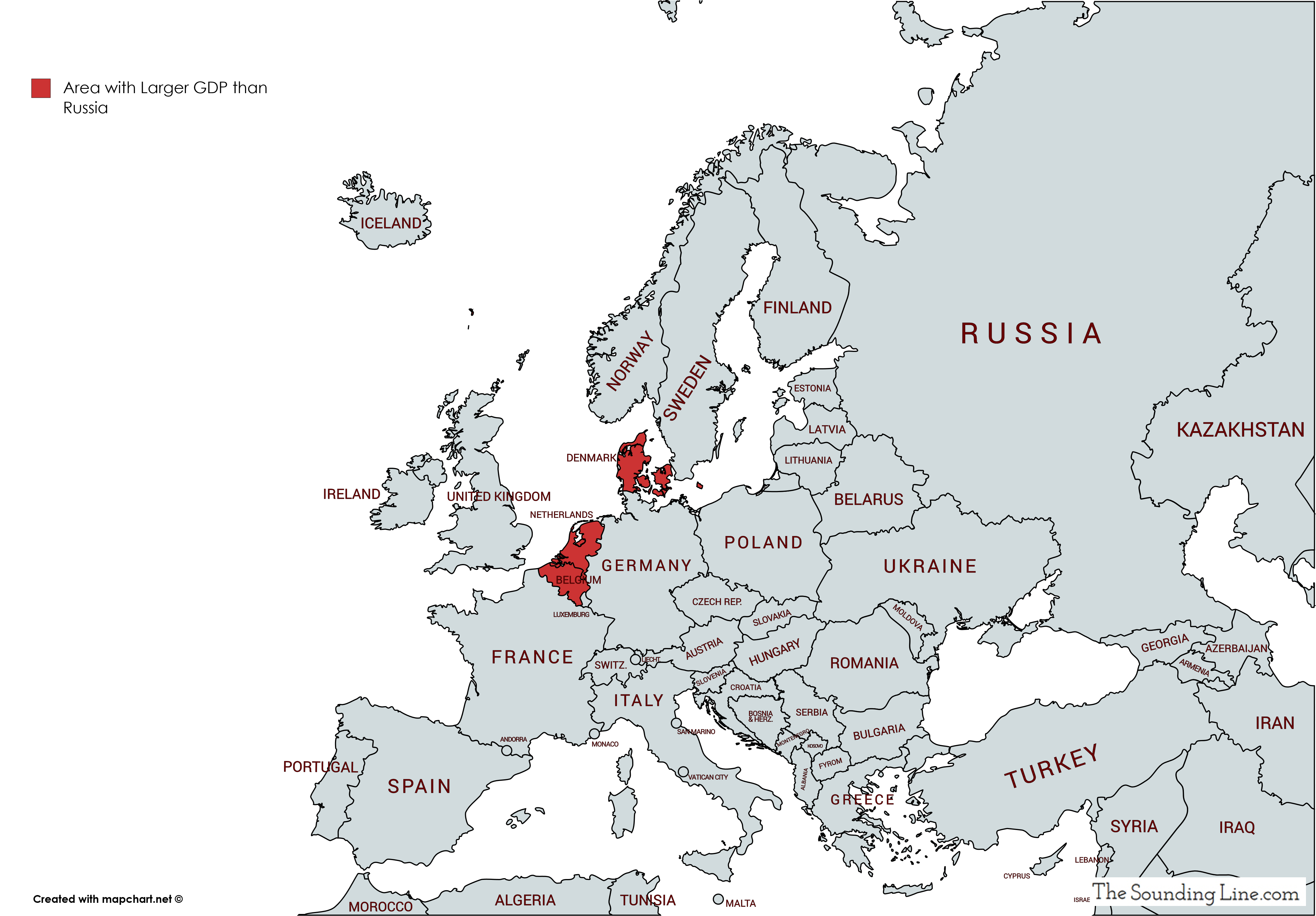 how much does a haircut cost in Russia vs Belgium, or the Netherlands. GDP in and of itself can be misleading at best and useless at worst.

Haircuts are probably even cheaper in Sudan, a fact which is completely irrelevant to the point of the map, which is to draw a big picture point about orders of magnitude differences in gross productive output of entire nations

I had business in Russia from 1992 through 1998, I married a young Russian lady, who acted as my translator in our travels all over the former USSR. I can tell you first hand that infidelity is a national sport in the former USSR, and that corruption is rampant. This criminal mindset goes all the way to the top, and Putin is merely a mafia kingpin hitman. I had the opportunity to speak with many in the petro business who were in route back and forth to Russia to develop the Russian’s oil and gas resources, and every one of… Read more »