Submitted by Taps Coogan on the 19th of June 2018 to The Sounding Line.

The following map, from Reddit user Yamamba78, shows the top export destination for every state in the Union. 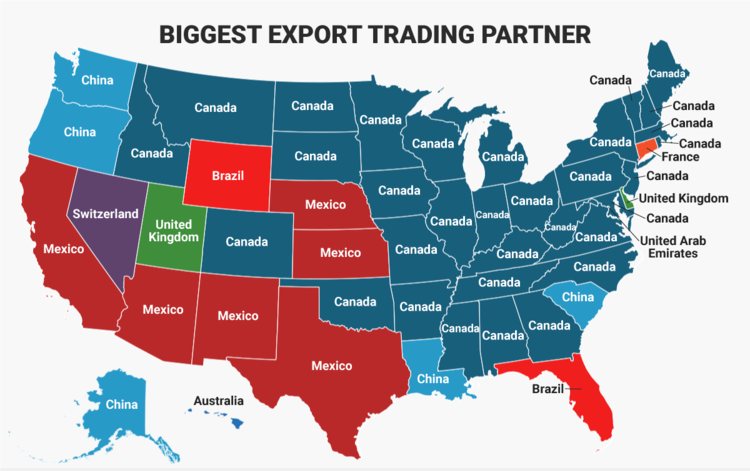 While both the US and Canada maintain low overall trade barriers and tariffs, Chinese import tariffs are over twice as high as in the US and that doesn’t account for the numerous non-tariff trade barriers in China and their rampant theft of intellectual property.

If the US wants to reduce its trade deficits, the focus should be squarely on China.

P.S. If you would like to be updated via email when we post a new article, please click here. It’s free and we won’t send any promotional materials