Map: Whether Every Country Imports More from China, the US, or Germany - The Sounding Line

Submitted by Taps Coogan on the 18th of March 2019 to The Sounding Line.

China, the US, and Germany are by far the largest exporters in the world. Combined, the three countries represent nearly a third the $17.7 trillion of global exports (30%), with the next largest exporter, Japan, exporting less than half of Germany or the US, and less than a third of China. 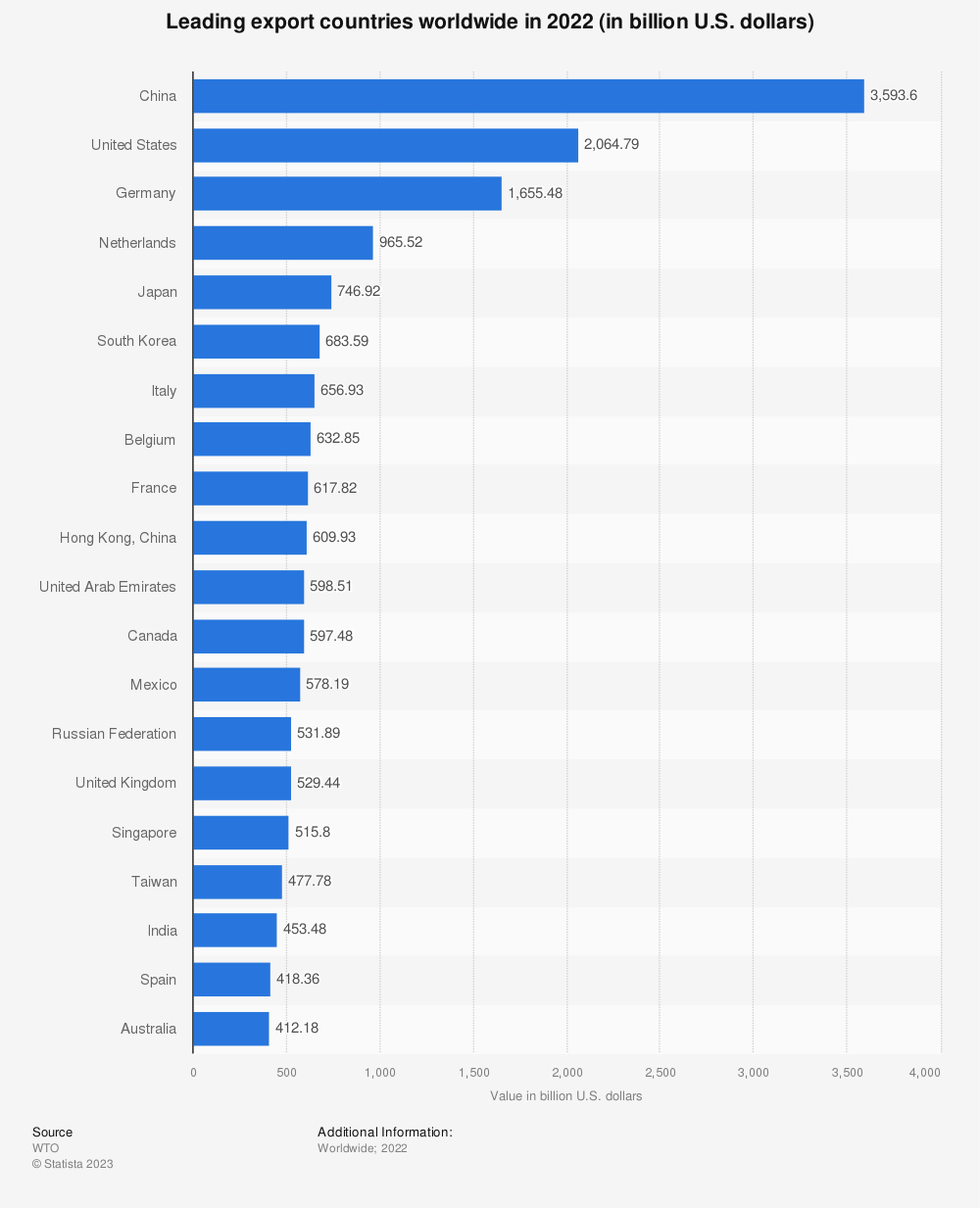 As the map shows, China beats out the US and Germany in nearly all countries throughout Asia and Africa. There are a few exceptions where the US comes out on top, including: Turkmenistan, Qatar, Israel, Eritrea, Djitbouti, Chad, the Central African Republic, Gabon, and Botswana. While not shown on the map, the US is also the larger exporter to some Indian and Pacific Ocean nations. See the detailed map at the end of the article for micro-states.

Of the three, the US is the top exporter throughout most of Central America, the Caribbean, and Northern South America.

To see the same map with Germany replaced by the entire EU, read here.

While American’s moan about the large trade deficit with China they often ignore another matter. When you start thinking about all the money and jobs we shift into Mexico each year you would think by now Mexico would be rolling in cash. A bit of research quickly confirms that the money Mexico receives by way of trading with America quickly passes through its lands and flows to Asia. This means it could be argued that when all is said and done we are transferring even more of our wealth to the far east than originally though only it is going… Read more »