Submitted by Taps Coogan on the 19th of March 2018 to The Sounding Line. 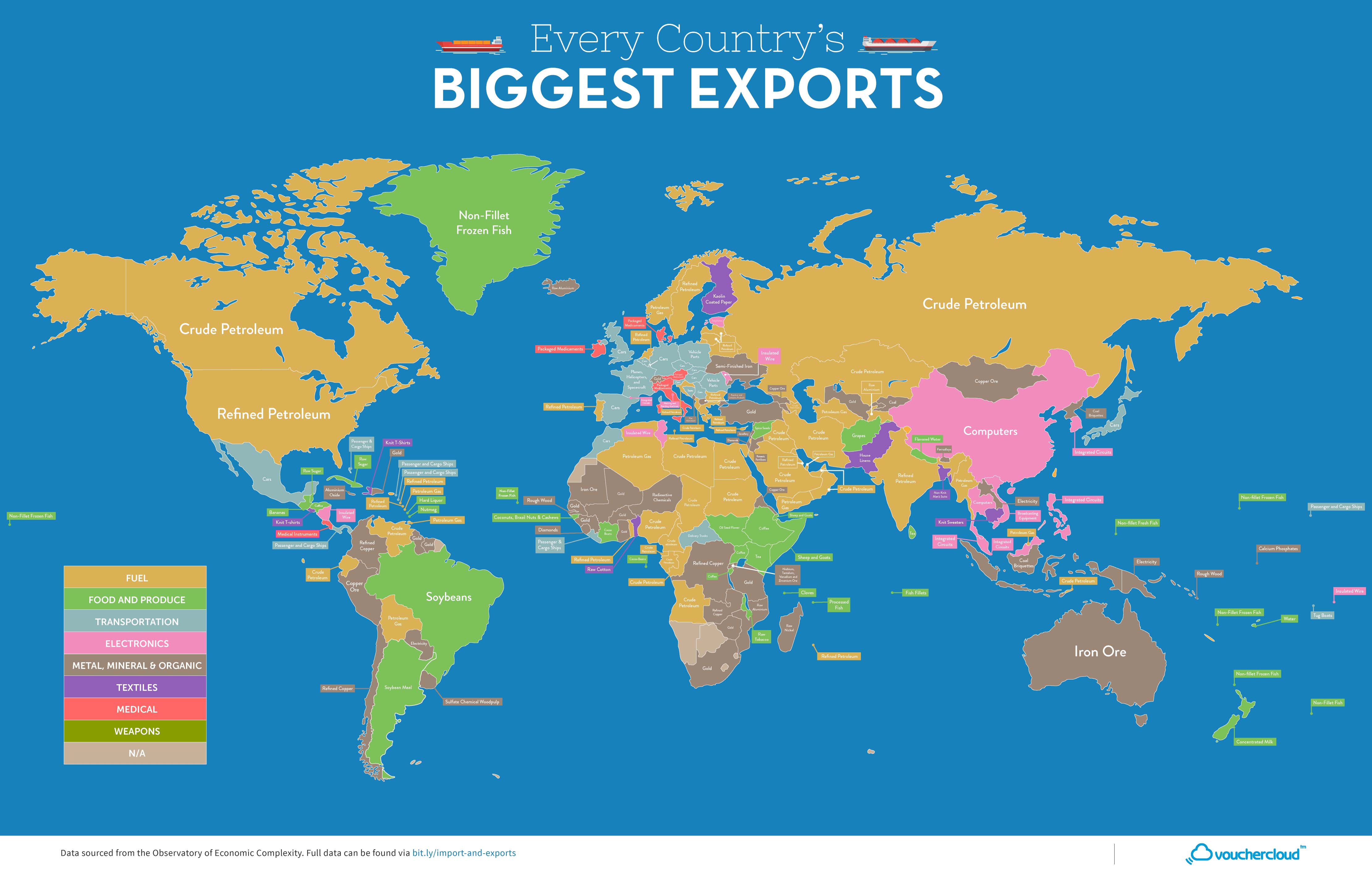 Not too surprisingly, East Asia has the highest concentration of countries with computers or other electronics as their top export.

One takeaway from this chart is that it is mostly futile to draw conclusions about a country’s prosperity based on its largest exports. Some of the world’s wealthiest and poorest countries can be found in nearly every export category. Crude oil is the largest export in both Canada and Sudan. Integrated circuits are the biggest export in very wealthy Andorra as well as Malaysia. Iron ore is the top export in both Australia and Mauritania, and cars are a top export in both the UK and Mexico. The only thing you won’t find is a wealthy country with textiles or livestock as its top export. As far as the ‘resource curse‘ theory goes, I see very little evidence that the phenomenon really exists. Natural and mineral resources are bountiful and exploited in countries of all economic stripes. If the presence of mineral wealth ‘cursed’ a country to remain underdeveloped, Norway, Canada, and Australia would be among the world’s least developed.