Submitted by Taps Coogan on the 9th of April 2018 to The Sounding Line.

Despite being at the tail end of the longest period of low interest rates in modern American history, localized real-estate bubbles have pushed mortgage costs in many coastal cities sky-high. As the following map from HowMuch.net reveals, based on median mortgage payments and median incomes, a resident in New York City must work a record 113 hours a month to afford their mortgage. Los Angeles, Miami, and San Francisco are not far behind at 112, 109, and 107 hours respectively. Considering that there are roughly 174 work hours in a typical month, median residents of these large coastal cities are spending nearly two-thirds of their income and work-time just to keep pace with their mortgage payments. With so little left over for all the other expenses of living in expensive cities, it is no surprise that residents of some of these very same cities are increasingly falling into a debt trap. 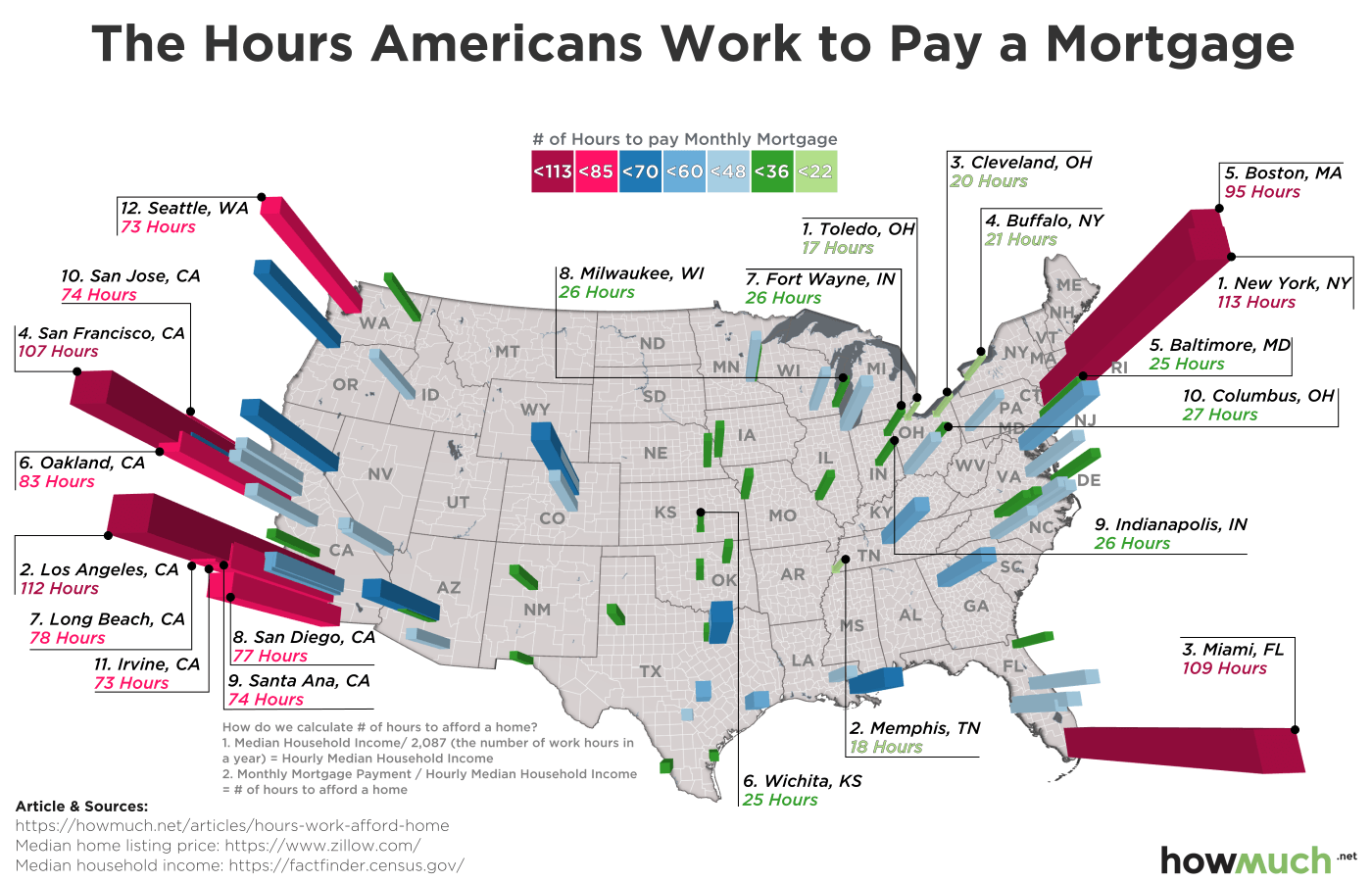 Courtesy of Howmuch.net, a cost information websiteAs the table below shows, seven out of the ten most expensive cities are located in California. At the other end of the septum, the most affordable cities, such as Toledo or Memphis, can be found in America’s heartland, where more tepid urban economic expansion and a lack of international real-estate speculation has left housing considerably more affordable.

If interest rates rise then home values will fall. Happily I live in the middle of that map.

It appears that heavily zoned cities where building and development are difficult have high cost housing.

Is anyone surprised by that?