Submitted by Taps Coogan on the 1st of August 2018 to The Sounding Line. 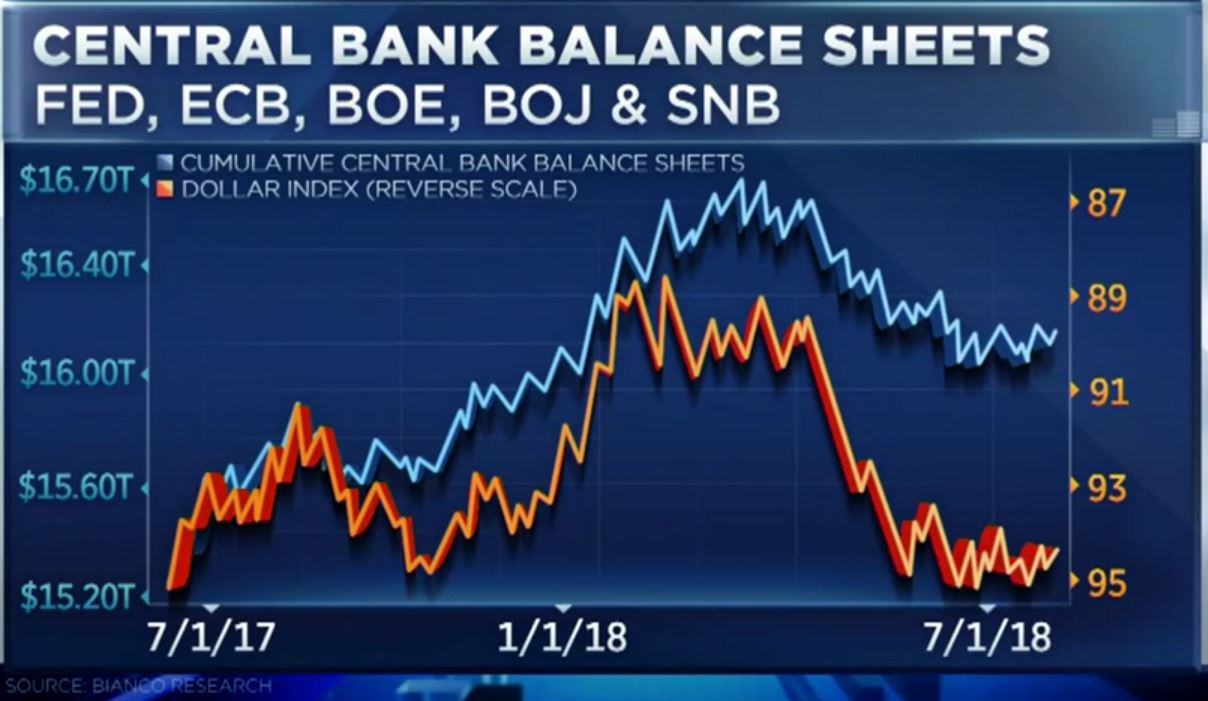 “If we get two more rate hikes this year, as everybody expects, next year nearly 20% of bank profits will be interest on excess reserves paid by the Federal Reserve to the banks and that could potentially become a big political issue. Why are we giving them this giant subsidy?”

As we have noted on several occasions, the Federal Reserve’s decision in the wake of the 2008 financial crisis to simultaneously inject banks with trillion of dollars and begin paying them interest on their excess reserves has been a massive boon for banks, doubly so since the Fed began raising interest rates. Because the Fed forfeits its profits after expenses to the US Federal Government, the mounting interest on excess reserve payments that the Fed makes to banks is money that they would otherwise hand over to the federal government. Ultimately, taxpayers will fill the gap to the tune of tens of billions of dollars.

There is more to the interview, so enjoy it above.