The Unemployment Rate in Every Region of Europe - The Sounding Line

Submitted by Taps Coogan on the 3rd of May 2018 to The Sounding Line.

The following map, from Eurostat, shows the unemployment rate in every region of Europe and Turkey as of 2017. 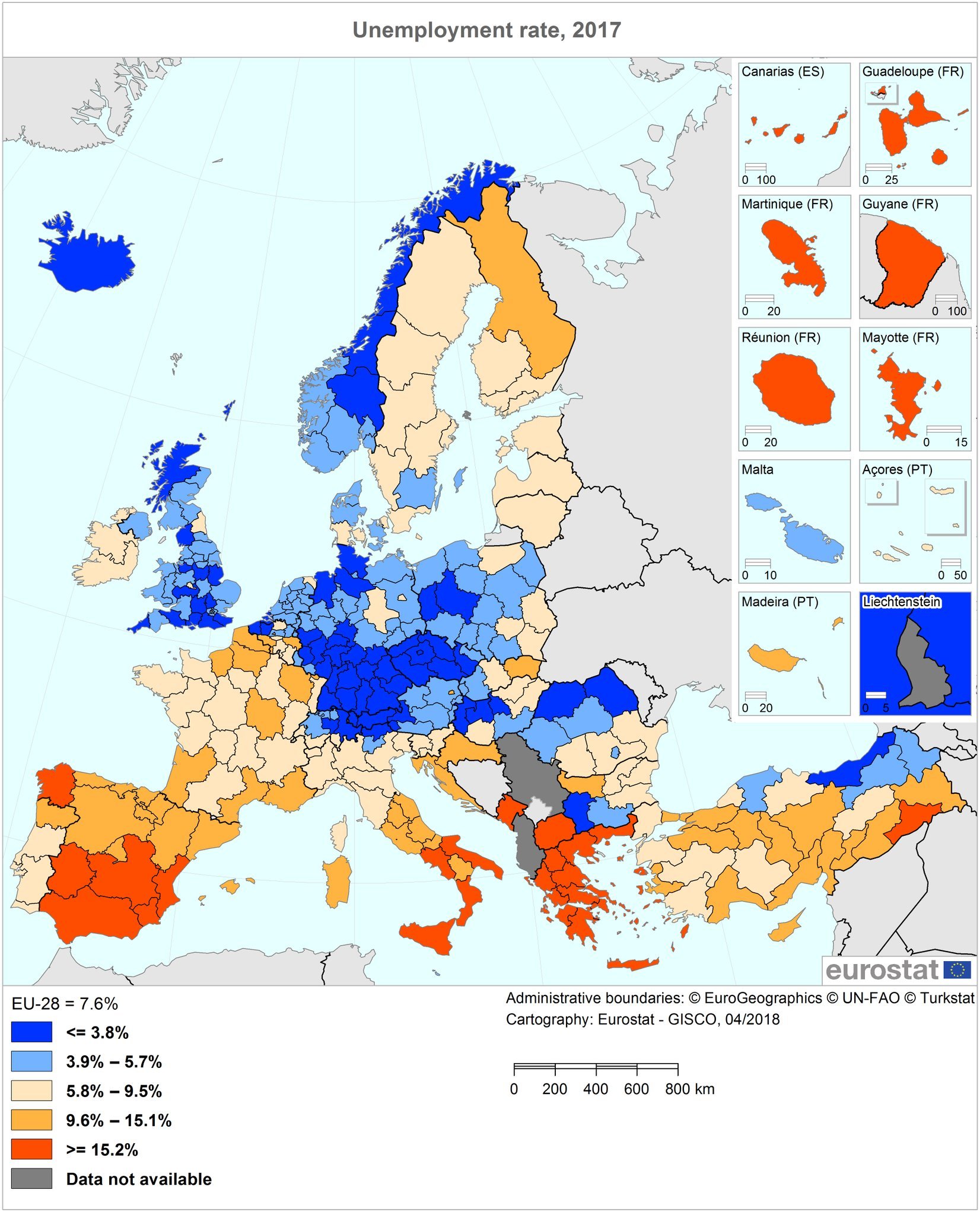 The economic division and nonperformance of the European Union is a theme that we have discussed frequently here at The Sounding Line. Much of the EU is experiencing: falling real wages, growing economic inequality, declining workforce participation, some of the worst bad debt ratios in the world, the highest effective tax burden in the developed world, nearly the slowest inflation adjusted economic growth in the world this century, the highest concentration of public workers among developed economies, surging capital flow imbalances, and declining productivity. All of this has happened despite the European Central Bank maintaining interest rates at record negative lows and printing more money than any other central bank in the history of the world. Despite all of this, despite UK voters deciding to leave the EU nearly two years ago, and despite Italian voters’ recent abandonment of pro-EU parties, the leadership of the EU has put forward virtually no concrete structural, regulatory, or tax reforms to make the EU’s economy more competitive. To the contrary, the EU appears to be doubling down on higher taxes and more federalization.

Great map that visualizes beyond country level data. The Euro needs to break up. Germany and friends should be forced to take on a much more expensive currency and balance their imports and exports; Southern Europe would be employed, with lower wages, but employed – with a much cheaper currency. As it stands now, they are destroying an entire generation of Southern Europeans with their policy.

Predatory neoliberal capitalism at its finest. The nexus of corrupt criminal banking cartels, military industrial cartels, energy cartels, and the corrupt politicians these cartels own will perpetuate this misery, and economic disparity in perpetuity.