The Fastest Growing Countries in the World - The Sounding Line

Submitted by Taps Coogan on the 15th of September 2018 to The Sounding Line.

As we have noted on the a number of occasions, Africa’s population is in the midst of a rapid expansion. For the first time in recorded history, the population of Africa is expected to rise from between 10 to 15% of the global population to nearly 40% by the year 2100.

Accordingly, as the following graph from Aron Strandberg attests, 19 of the 20 fast growing countries in the world can now be found in Africa. Niger, currently the fastest growing country on Earth, is expected to see its population increase by 366% by 2060. Following Niger comes Zambia, Angola, and Uganda. The only non-African country in the top 20 is Iraq, whose population is expected to grow by 166% by 2060. 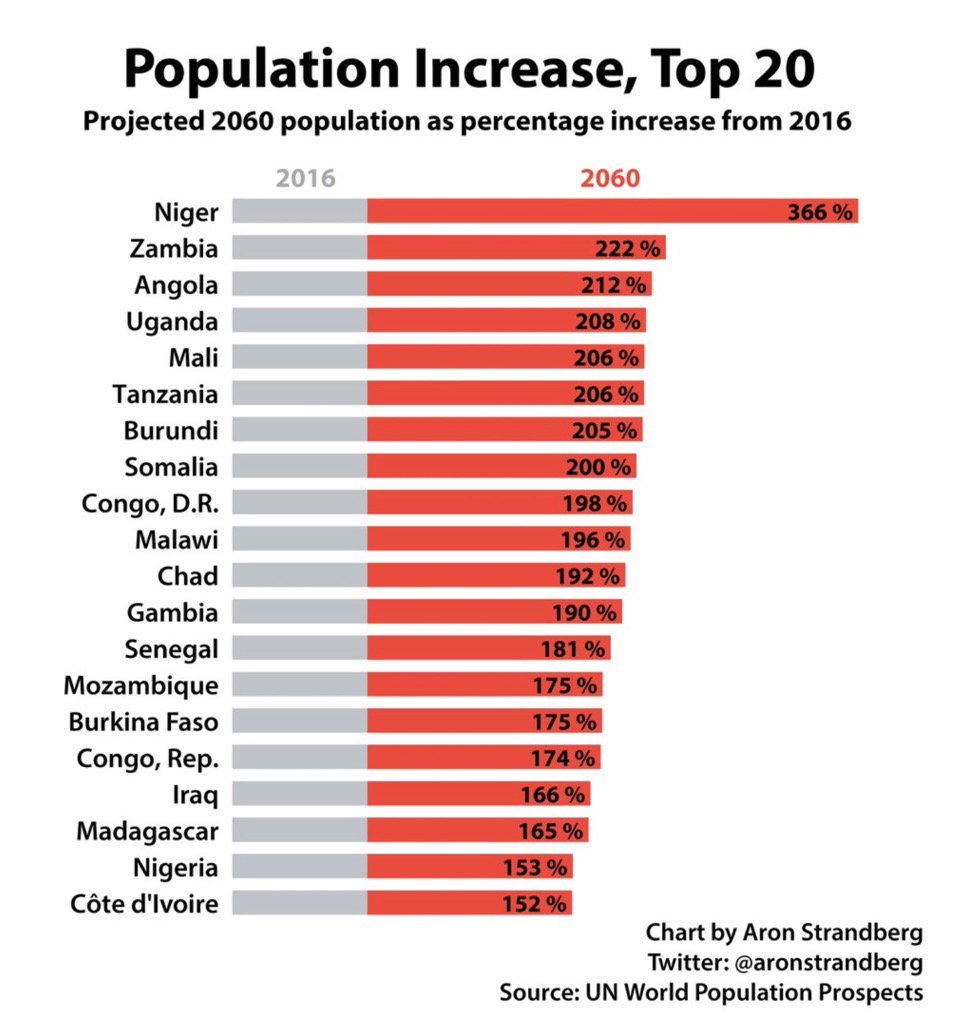 The trouble with Africa’s rapid population growth is that it is already a major food importer (PDF) and the challenge of supporting several fold increases in population within just a few decades will be monumental. As we first discussed here, the total area of land being used for agriculture around the world peaked around 2000 and Africa’s agricultural yields remain far lower than the rest of the world’s and have seen little improvement in past decades.

Even if Africa’s agricultural yields are brought up to the same level as the developed world, that alone won’t be enough to meet the ends of Africa’s surging population according to most estimates. That means Africa is likely to become increasingly dependant on food imports for the foreseeable future.