Submitted by Taps Coogan on the 10th of June 2018 to The Sounding Line.

The following chart, from the cost-information website HowMuch.net, shows the full time hourly wage needed to rent the average two-bedroom home, without spending over 30% of annual income, for every state in the US. A rental is often considered affordable if it costs less than 30% of one’s income. 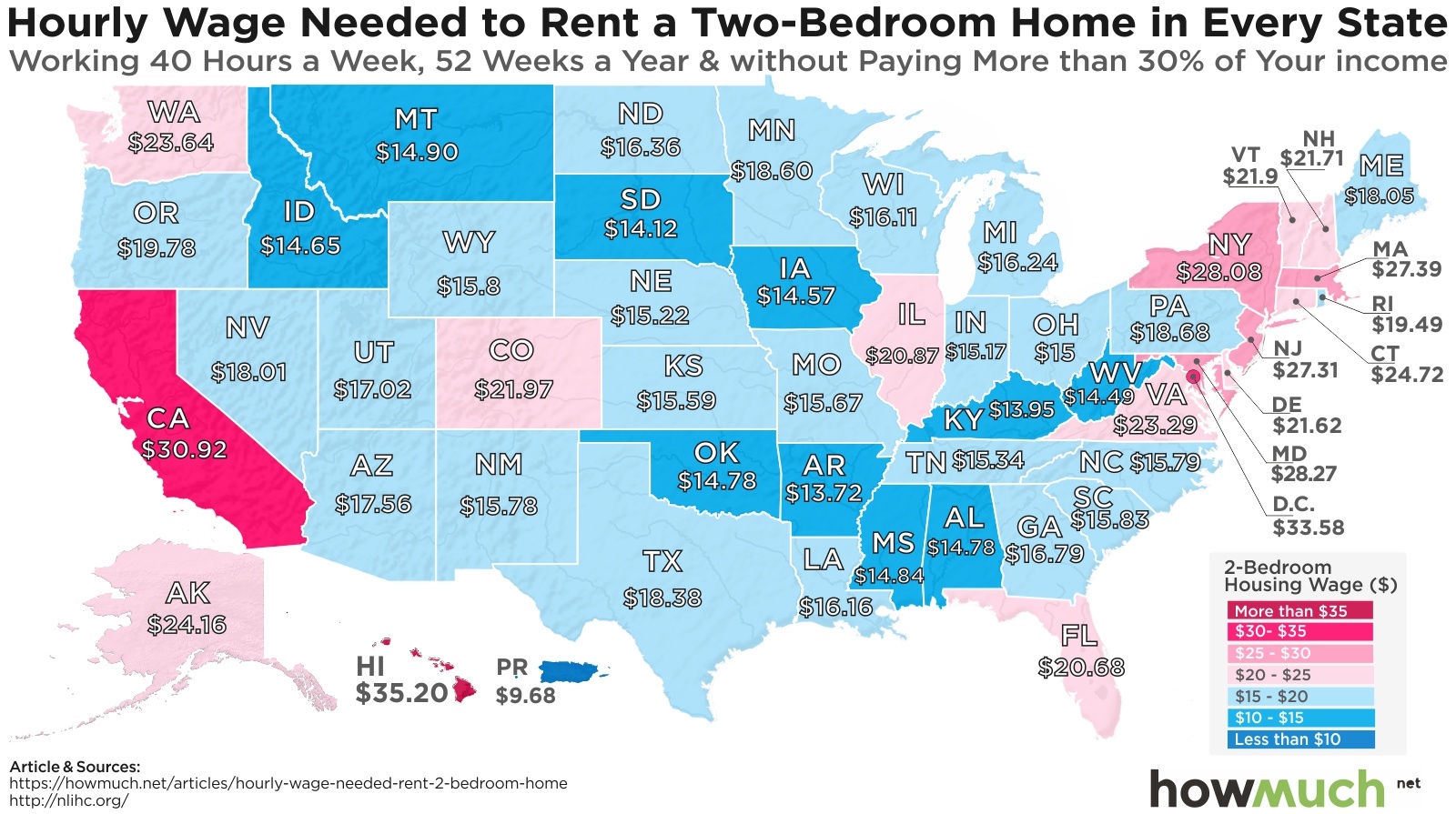 As of 2016, the median household income in the US was $72,707 per year. That means that the typical American household earns $34.65 per hour, assuming one full time worker. Based on the map above, the median household should therefore be able to afford an average two bedroom rental home everywhere except Hawaii. However, because half of households make less than the median income, a large minority of the population would find average rents unaffordable in Hawaii, Washington DC, California, Maryland, and New York.

The increasing cost of both renting and home ownership is a topic that we have discussed frequently here at The Sounding Line. While the underlying causes are numerous, including the fact that the size of median homes have grown significantly faster than median incomes, the reality remains that housing has become increasingly expensive when compared to various measures of wages. The following chart shows the ratio between the median home price and the median annual household income since 1964. Ultimately, renting and buying will continue to be unaffordable for legions of families so long as this trend continues: