Submitted by Taps Coogan on the 27th of April 2017 to The Sounding Line.

Because unsustainable increases in debt have driven many financial booms and busts throughout history, debt in its various forms, is a frequent subject of discussion here at The Sounding Line. During these booms and busts, rarely do all of the various types of debt undergo the same degree of unsustainable borrowing at the same time. Thus, the various recessions and crises that occur, while similar, are never identical in nature and timing. Distilling out the types of debt driven debacles and their potential impacts is one of the primary challenges in forecasting future economic crises. Those forecasters who focus only on the type of debt which drove a previous cycle may miss the next boom or bust. 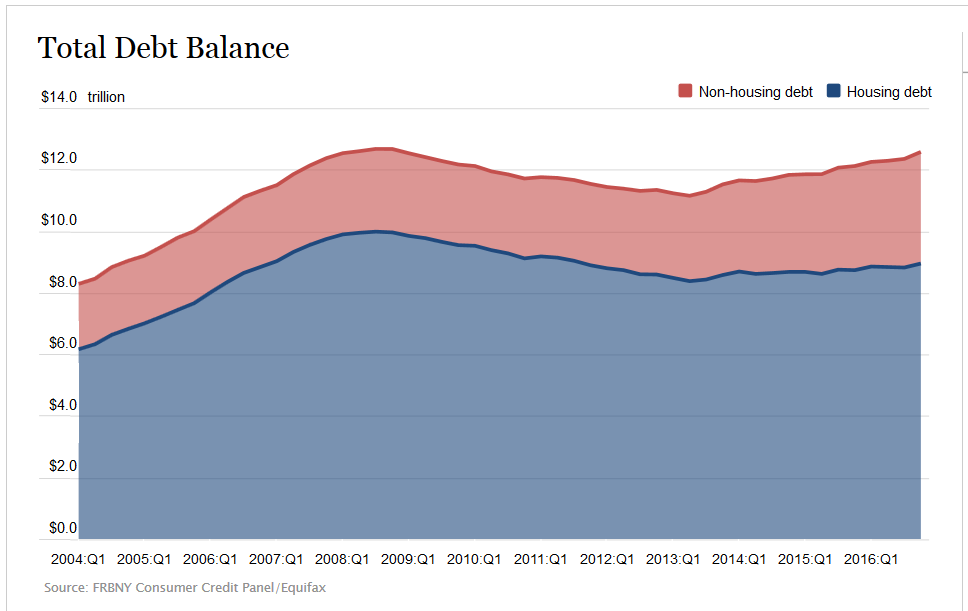 Today, total household debt is in a less precarious position than in 2007 and 2008. That is not to say that certain elements of household debt aren’t showing concerning trends. Non-housing debt, particularly student and auto debt, is growing rapidly. 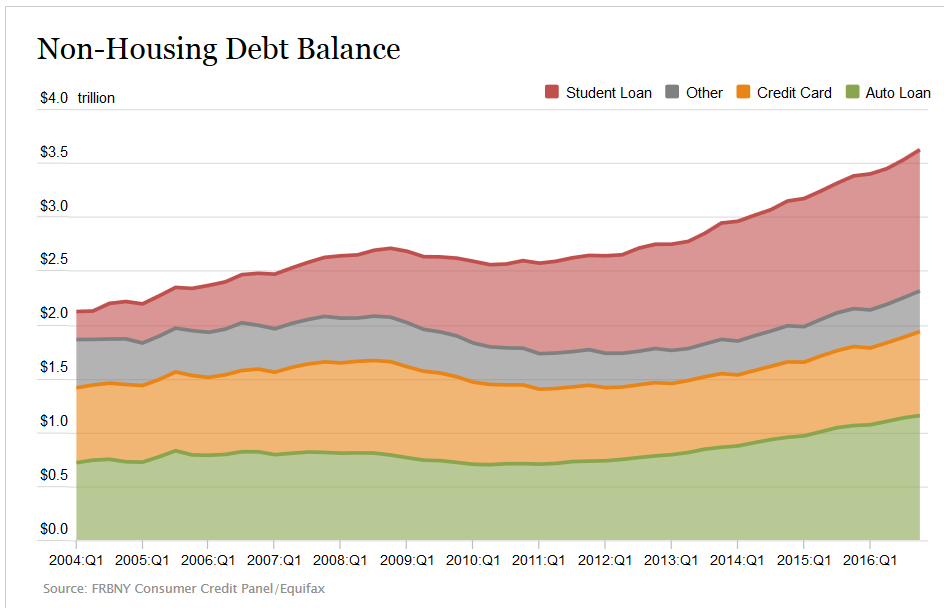 However, these debts are small in relation to housing debt and delinquencies are trending lower on all but student debt (and to a lesser degree auto debt). 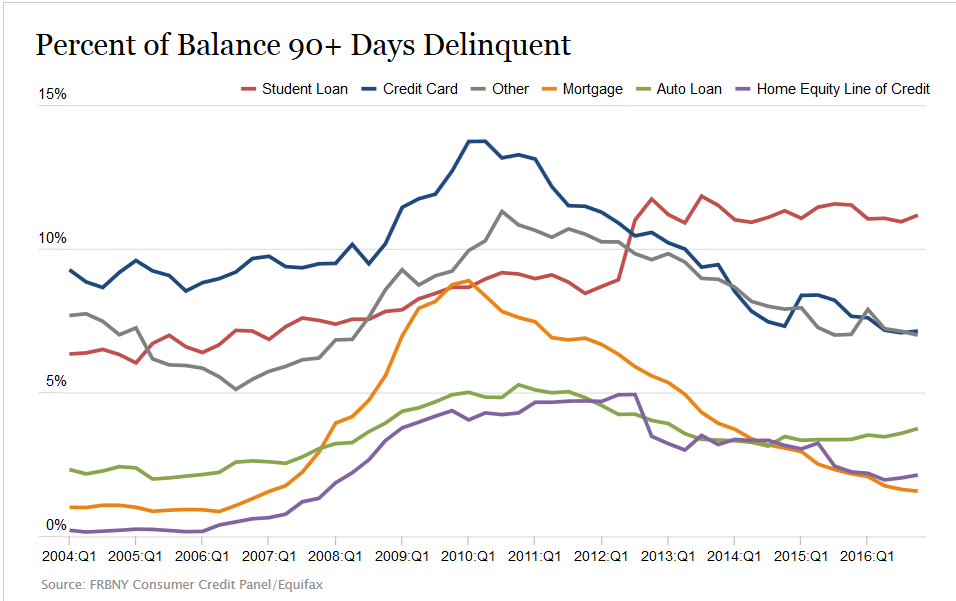 So where should one be looking? It is conceivable that a student debt or auto debt crisis is brewing, but because these sectors are much smaller than housing debt and because the overall household debt situation is improving, any crisis produced by these sectors is likely to be more contained than the housing crisis.  Of course, if interest rates move significantly higher, the household debt problem would deteriorate; but for now, the household is not the most likely candidate to drive the next crisis.  Given that, one must look elsewhere.

As we see it, there are instead four multi-trillion dollar debt/entitlement bubbles:

These potential crises would play out differently than the housing crisis. Most are government debt driven and governments have more options to deal with debt crises than households. They can drag a default out for many years (see Greece) or turn to inflation and money printing (see Venezuela). A crisis in public assets may invert the typical ‘bonds versus stocks’ financial dynamics, creating results that may stymie typical shorting strategies. Whether a government debt crisis starts at home or abroad greatly effects whether or not it is inflationary or deflationary (compare Germany’s hyperinflation to the US’s deflation during the Great Depression). That is what makes this such a dangerous period. There are several multi-trillion dollar debt bubbles and it is unclear which will fall first. The difference may be enormous.