US Healthcare Costs Are out of This Universe - The Sounding Line

Submitted by Taps Coogan on the 26th of February 2018 to The Sounding Line.

The chart illustrates that the US is spending more than twice as much money per capita on healthcare compared to most other developed countries while experiencing a shorter life expectancy than most. While the quality of a country’s healthcare system is not the only factor in determining life expectancy (obesity rates, substance abuse, murder rates, conflicts, etc… all play a part), it is not a good sign that Americans are paying far more to live shorter than average lives. To make matters worse, after the data set stops in 2015, life expectancy in the US fell for the second time in 50 years and healthcare costs exploded even higher.

It probably won’t shock readers to learn that the acceleration in US healthcare spending per capita has continued since 2010, when the Affordable Care Act (Obamacare) was signed into law, taking an already broken system and making it worse. We discussed why Obamacare has contributed to rising costs and what could be done to fix it in detail here. Suffice it to say that the US is in need of a major healthcare system overhaul.

It is also worth noting that since the financial crisis struck Greece in 2008 and destroyed the country’s economy, spending on healthcare has plunged by 36% yet life expectancy has continued to rise by nearly two years. 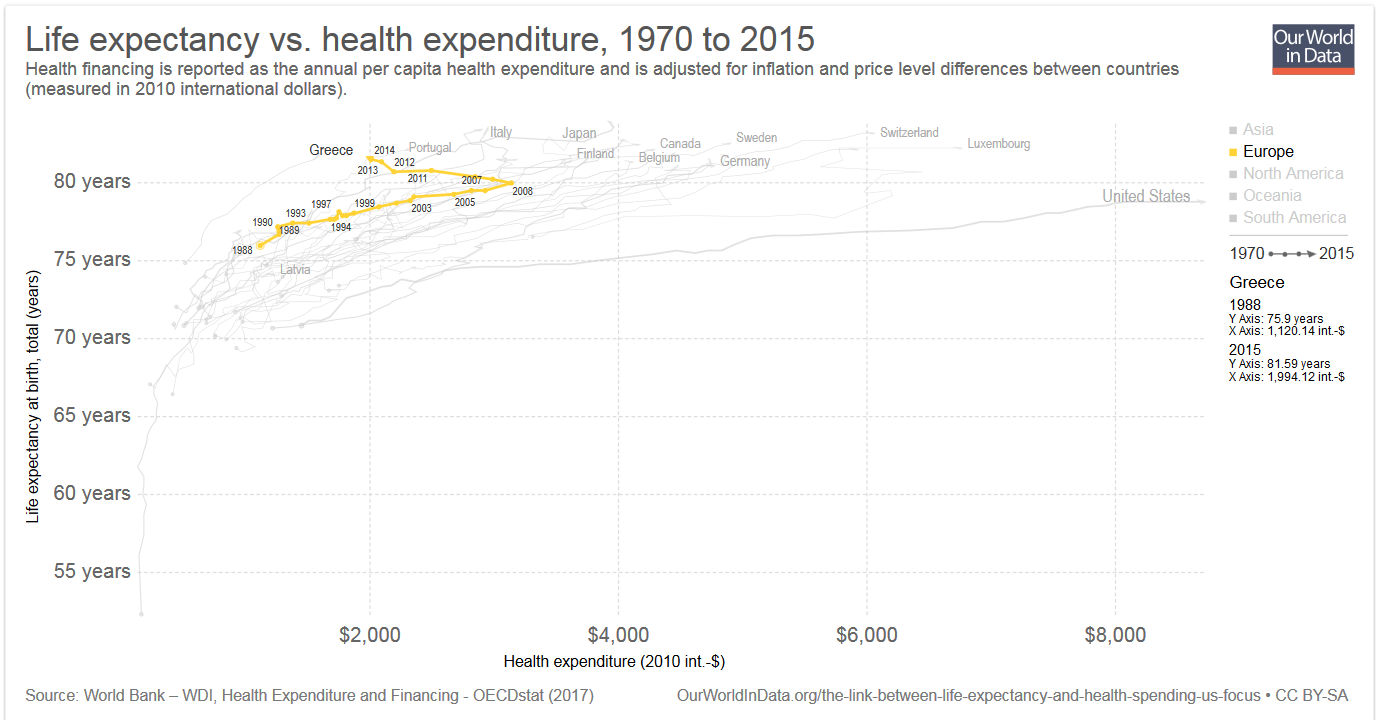 Few Americans were fans of the recently deceased Cuban El Presidente Fidel Castro but he did leave one positive legacy and that is Cuba’s quality healthcare system. Despite extremely limited resources and the dramatic impact caused by the economic sanctions imposed by the United States for more than half a century, Cuba has managed to guarantee access to care for all segments of the population and obtain results similar to those of the most developed nations.The article below focuses on a few ideas that might help America gain a handle on healthcare cost in the future.