Submitted by Taps Coogan on the 31st of December 2017 to The Sounding Line.

With 250 posts and roughly 3,400 Top News Stories submitted since the start of the year, 2017 is finally wrapping up here at The Sounding Line. It has been a pleasure writing and curating the news for you this year. Thank you for your readership. If you would like to be updated via email when we post a new article, please click here. It’s free and we won’t send any promotional materials.

Looking back on this year’s 250 posts, in no particular order, here are my favorite charts:

1.) The US has spent more money servicing its national debt since WWII than all of its budget deficits over the same period combined.

3.) The Fed’s QE programs massively failed to rehabilitate bank lending. Most of the QE money just ended up as excess bank reserves.

4.) There are still fewer people employed in the Eurozone than in 2008, despite the population increasing by over six million people:

5.) The change in the US trade deficit with each partner country after starting every free trade deal:

7.) US equities have never been more expensive relative to average working wages:

8.) Via Incrementum AG, commodities are at 50 year lows relative to equities: 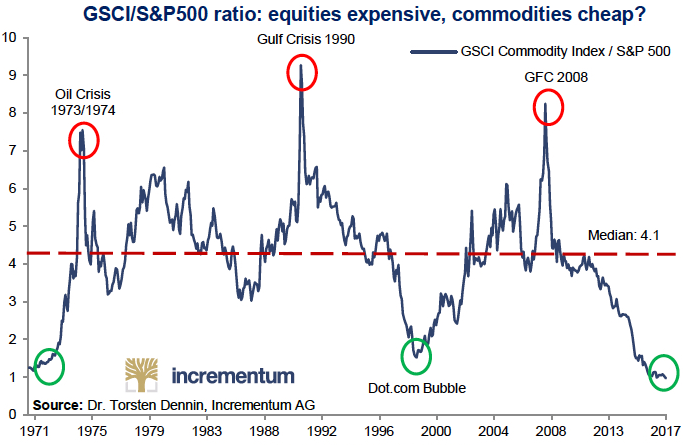 9.) The US trade deficit with China is bigger than with every other country in the world combined:

10.) The Greek economy is smaller than when it adopted the Euro:

12.) The biggest US debt problem is government debt, not household debt:

14.) Via Metrocosm, how America’s middle class has been squeezed:

15.) No, the US dollar is not losing its reserve currency status to China, not yet at least:

16.) Via Lance Roberts, of Real Investment Advice, long term forward returns have never been good when the market has been this highly valued.